With so many young actors trying to carve out their space in Hollywood, standing out from the crowd with a confident personal style is more important than ever.

When we moved to Los Angeles two years ago, we were hoping that the menswear wave would follow us and we could document the return of "Hollywood Glamour". After all, it was male icons during the heyday of the silver screen who inspired men around the world to dress with style and carry themselves like gentlemen. I'd say it's coming back, gradually. But the new "Hollywood Glamour" is not so much about conservative business suits, greased-up hairdos and the "perfection" aesthetic. It's about being current with the times and resonating with a new generation of men looking to channel a stylish star that they can relate to.

With that said, let me introduce Brooklyn native Kevin Phillips. For the past decade he's been forging his way onto the Hollywood scene, one style-forward step at a time. You may recognize him from his supporting roles in Notorious and Red Tails. His first leading role is in the upcoming film Tomato Suit, he plays an artist who uses a minimalist tailored uniform to ground himself as he struggles with the pressures of identity, reputation, and love.

In anticipation of his stylish new film, our friend Kevin gives us a taste of how he stands out from the crowd in Hollywood; the new leading man style. 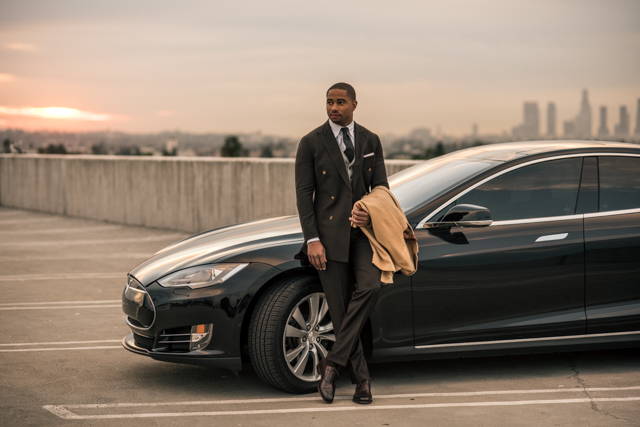 "I always had a strong interest in fashion. I was the kid always looking in men's magazines, aspiring to dress like the men in those pages...but I had a reality check very quickly. I couldn't afford to dress like I wanted to. So I always had a vision that one day, soon, I would be able to dress like a leading man. It was always a motivating force for me." 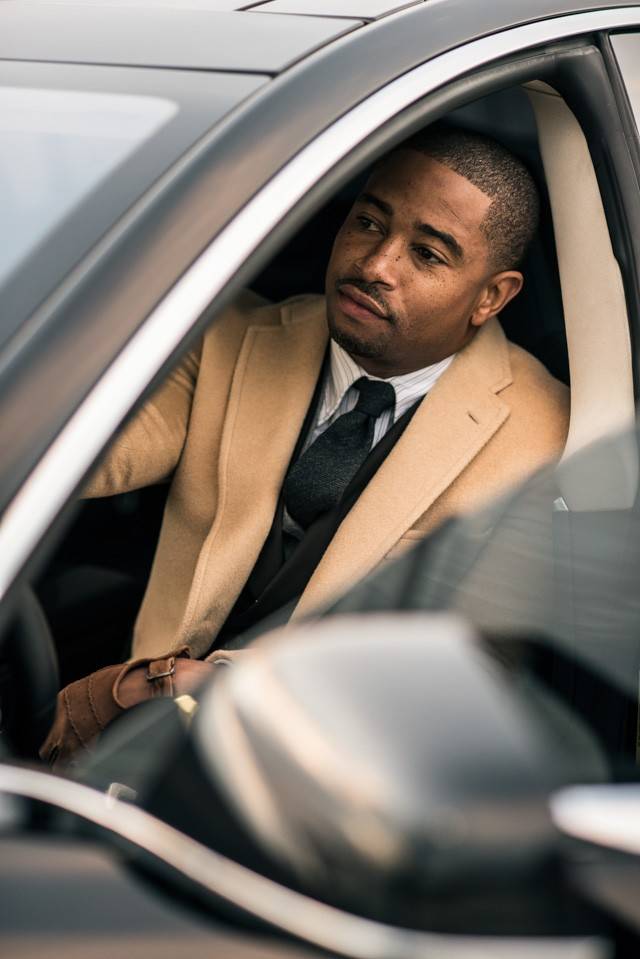 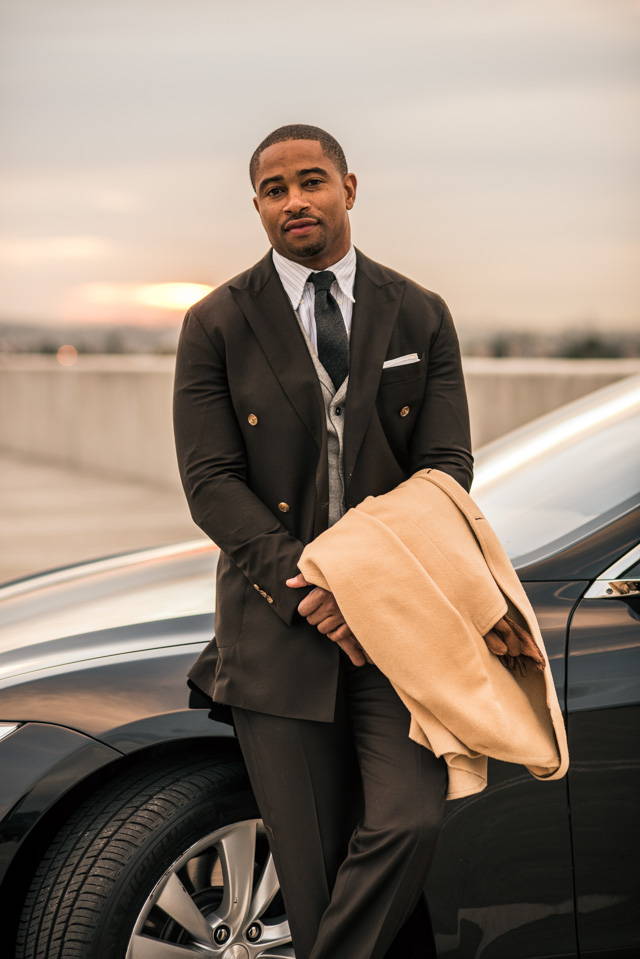 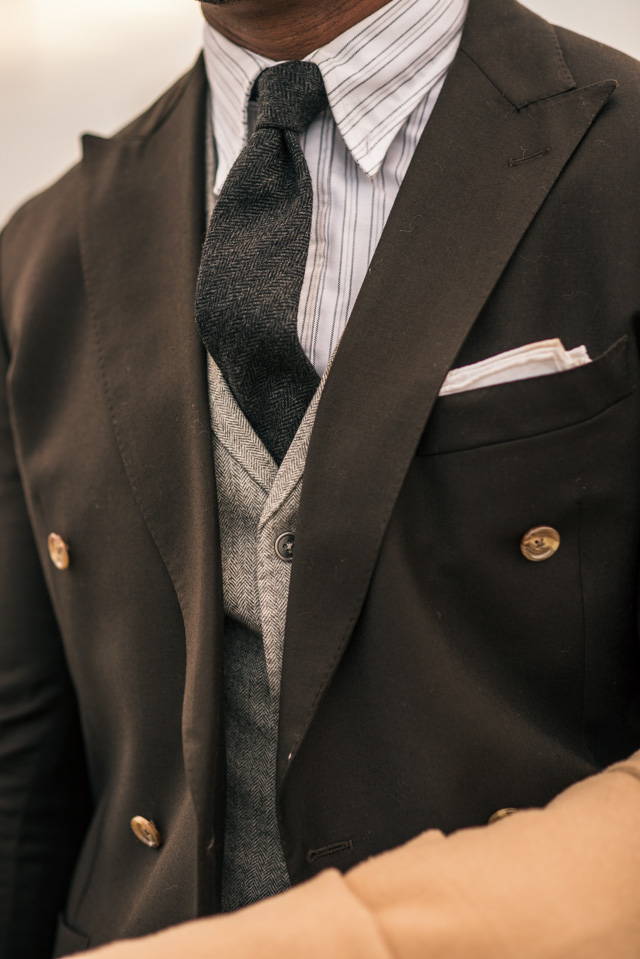 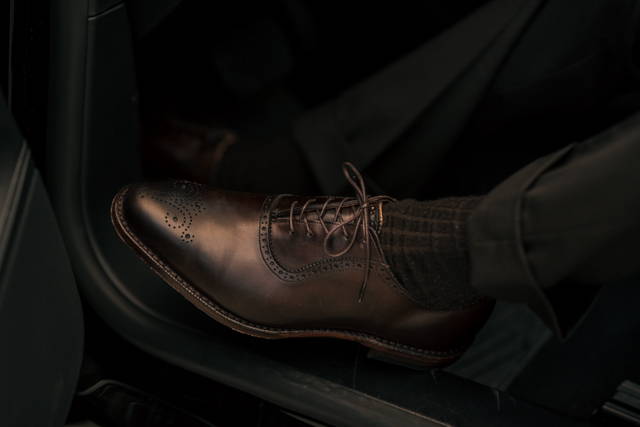 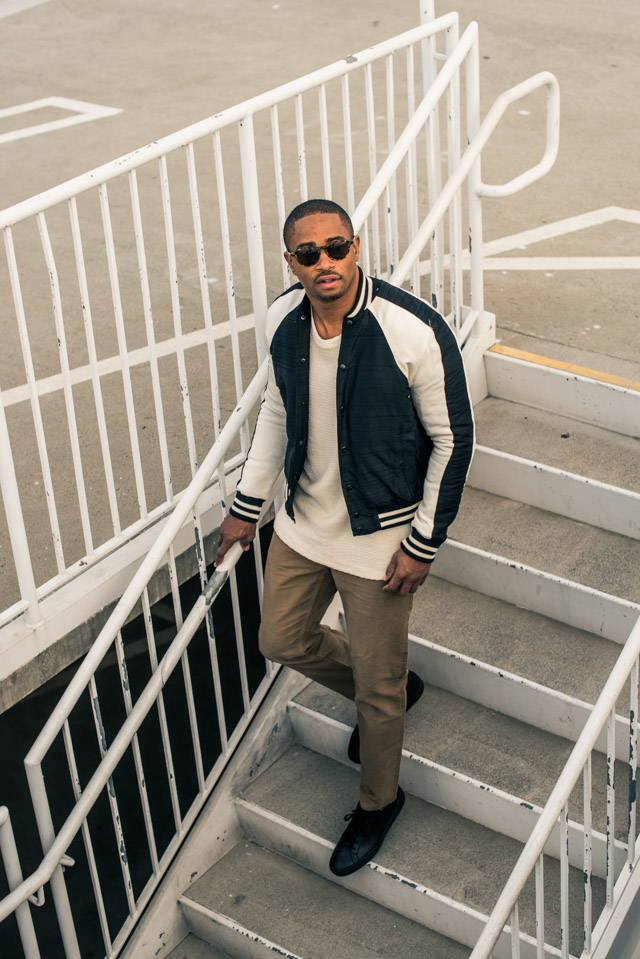 "I remember going into an audition for this film Delirious starring Steve Buscemi and Michael Pitt. Long story short, I wore a Missoni suit and Missoni boots to the audition and most of my time in the room was spent conversing about my outfit. I went on and on because I was dating Jennifer Missoni at the time and her family sort of took me in...

That moment was big for me because not only did I land a small role in the film, I also realized the power of style and presentation early in my career. It's a business of consistent job interviews... At the end of the day, fashion is art just like a film, but it provides a representation of who you are and what they can expect from you as an artist. I started taking my wardrobe very seriously from that moment on." 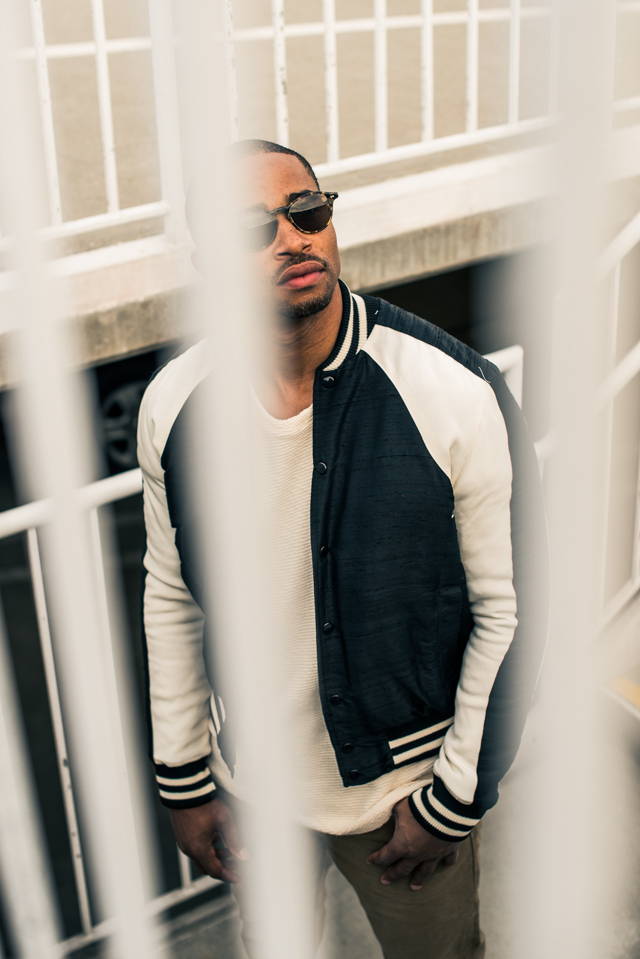 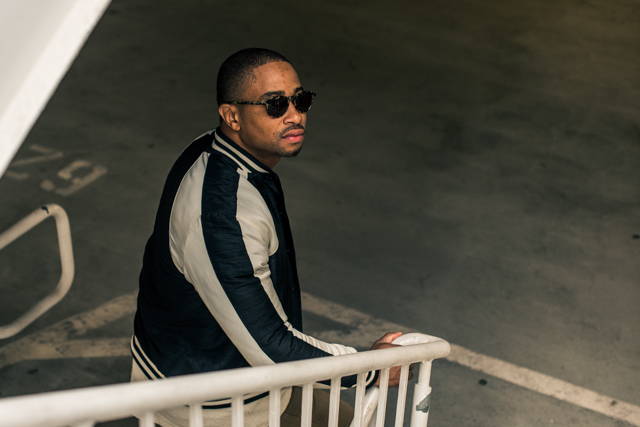 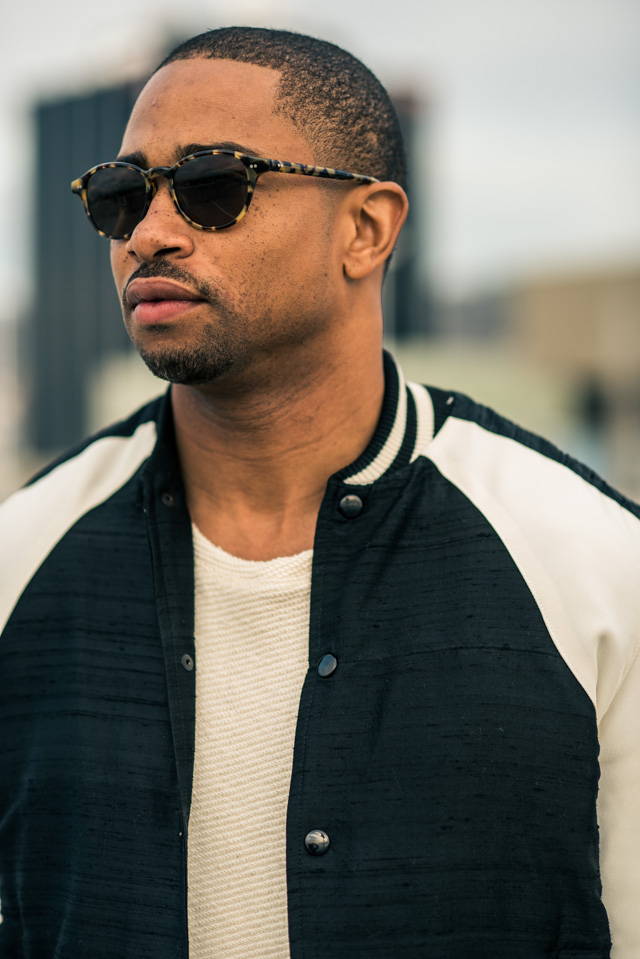 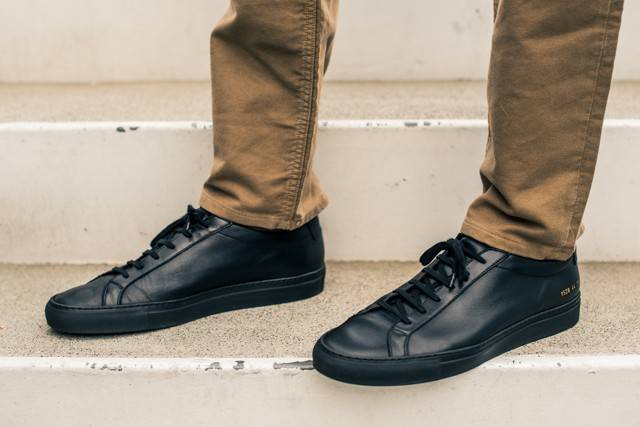 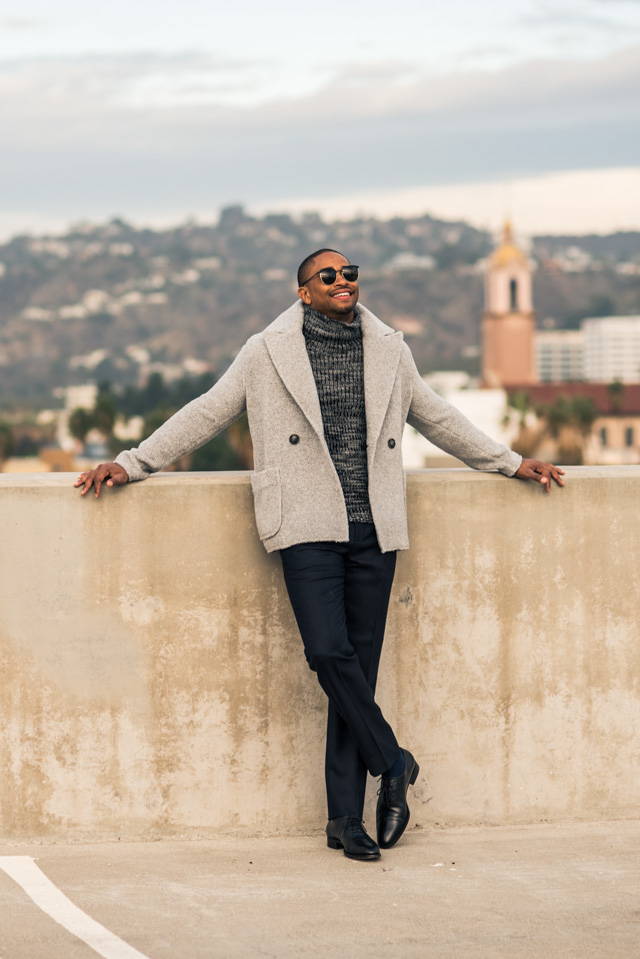 "Tomato Soup is a horrific love story about a tormented artist, London Coltrane, who is trying to protect his true identity from the 10 million dollar version of who the world thinks he is. It's the living dichotomy of an intellectual artist who experiences great change through fame and fortune, while trying to remain in control. It's a story of person versus persona.

London's style is a uniform. He wears the same navy tailored suit, white shirt (buttoned to the collar, no tie), and oxblood shoes every day. It's his uniform. His superman cape. It's a classic look that's clean and familiar... A look for the new age leading man." 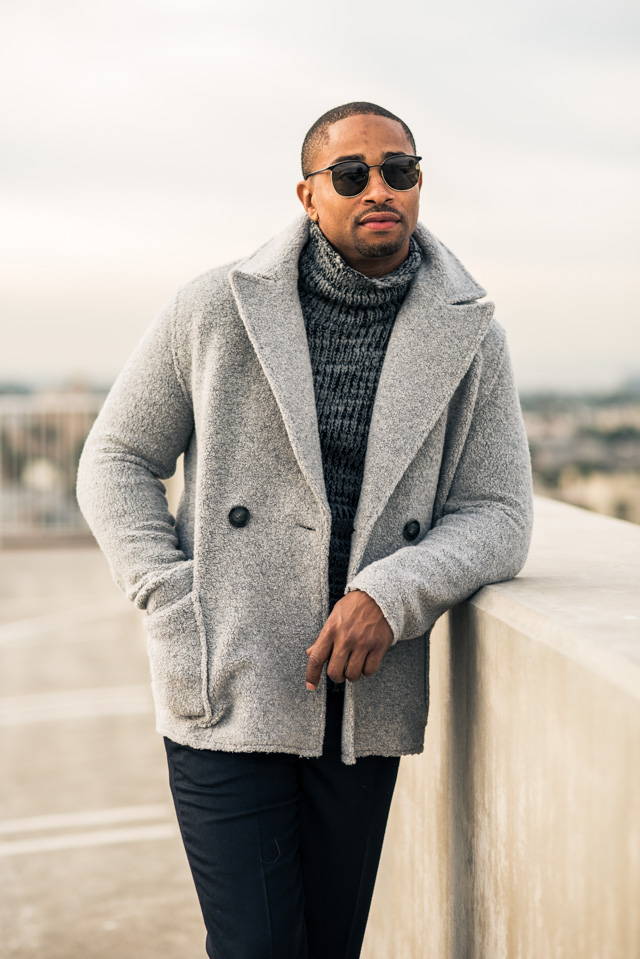 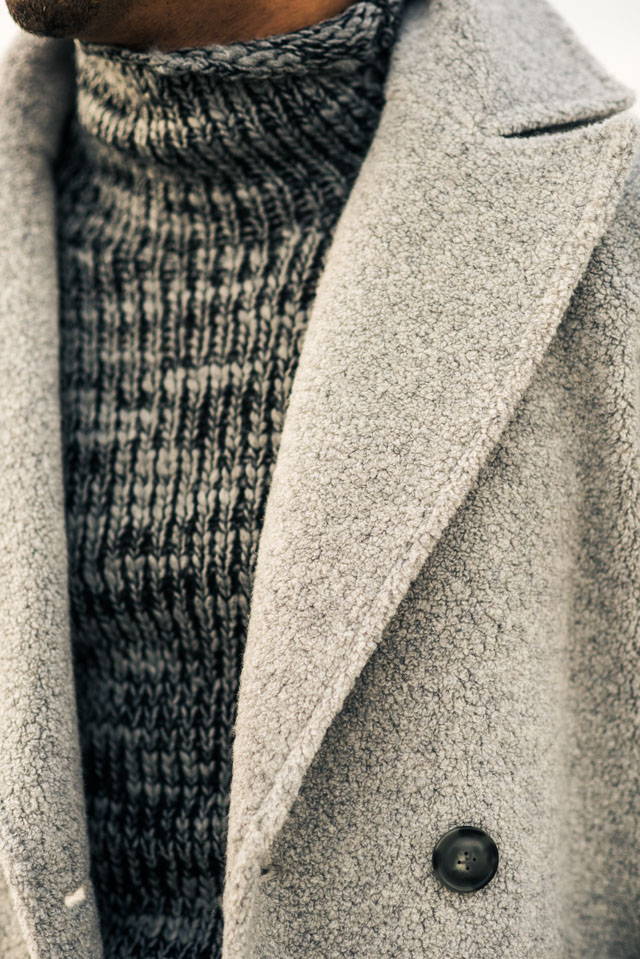