The Rich History of Menswear Design

All good design starts with utility in mind. A great designer not only makes something visual appealing, but also functional.

Since menswear is so deeply rooted in tradition and history, some design elements have stuck around for centuries – whether we use them for their intended purpose or wear them simply as a nod to the gentlemen of generations before us.

Here are some fun examples of classic menswear designs that were originally created for a utilitarian purpose, but now are simple aesthetic reminders of the good (and not so good) old days. 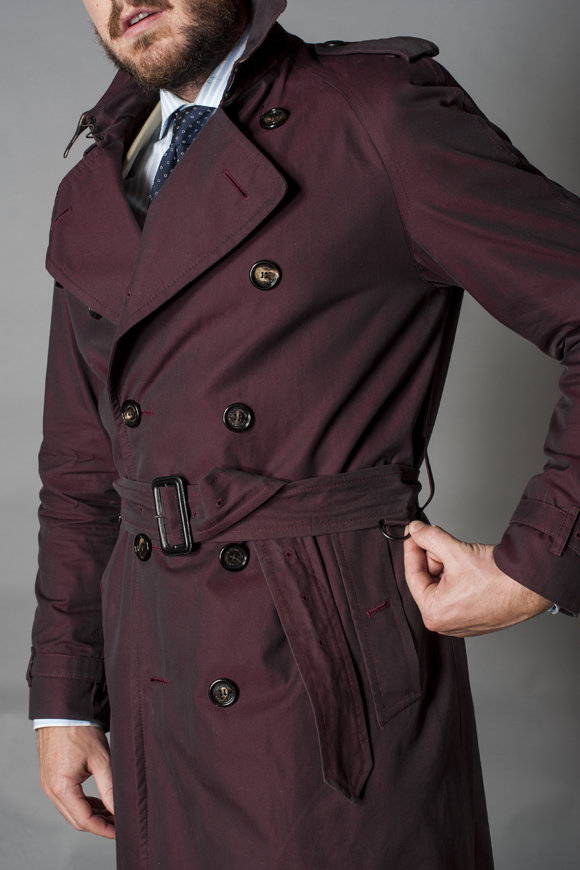 Trench coats were originally designed during WWI by the British Armed Forces to protect their soldiers – yup, in the trenches.

The D-rings along the belt (which are still seen on many of today’s overcoats from classic brands like Burberry) were originally intended as an easy-access place for soldiers to hang their grenades.

The shoulder epaulets also seen above were invented in the 18th century to prevent cross-body shoulder harnesses (which carried anything from bayonets, cartridge boxes, swords, etc) from slipping. They were also used to attach shoulder ornaments which signified military rank.

The “gun flap” (on the front of the right shoulder – not shown above) had a duel purpose. 1) It overlaid the closure of the coat to prevent water from leaking inside and 2) it protected the shoulder from the harsh recoil of WWI era riffles (some were lightly padded). 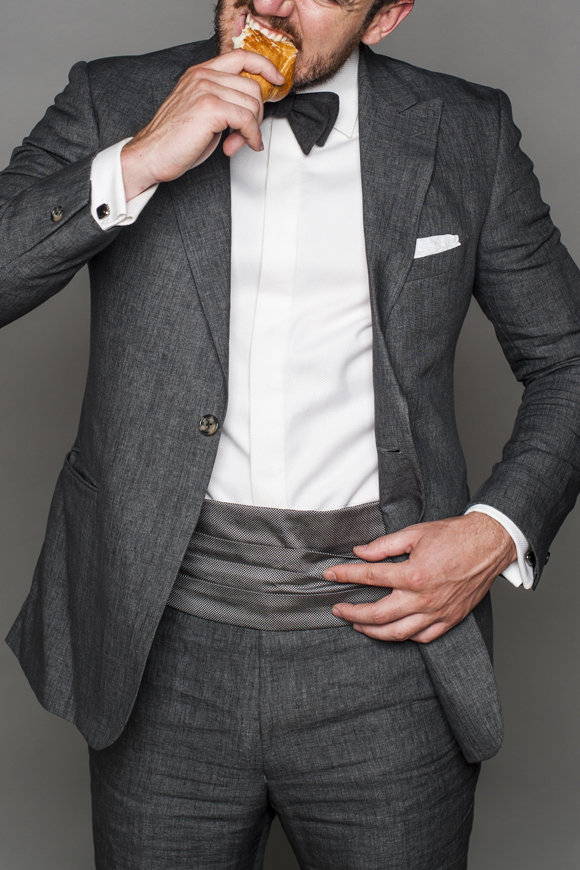 The cummerbund was originally designed for royalty to catch crumbs at the dinner table and hold small things like ticket stubs (and probably drugs). Remember this next time you’re wearing one to cover up your waistline at a formal event: pleats facing upward! 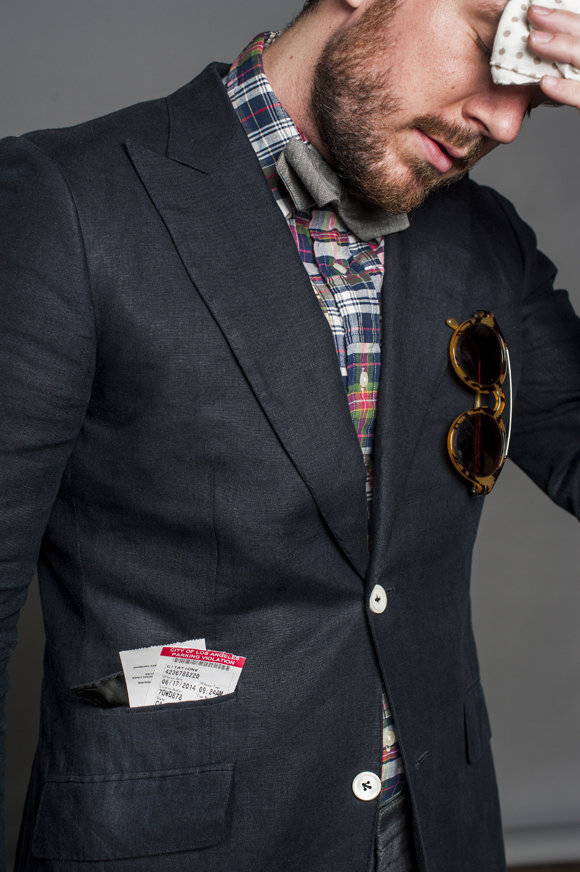 The ticket pocket is pretty straightforward – it was invented by country men as a dedicated place to keep their train tickets. I’m a man of tradition so I still use it to organize my tickets – unfortunately out in LA they’re usually parking tickets.

“Hacking pockets” or simply “slanted pockets” are also a carry-over from old world country living. They were cut on a slant for easier access while “hacking” (or leisurely horseback riding). 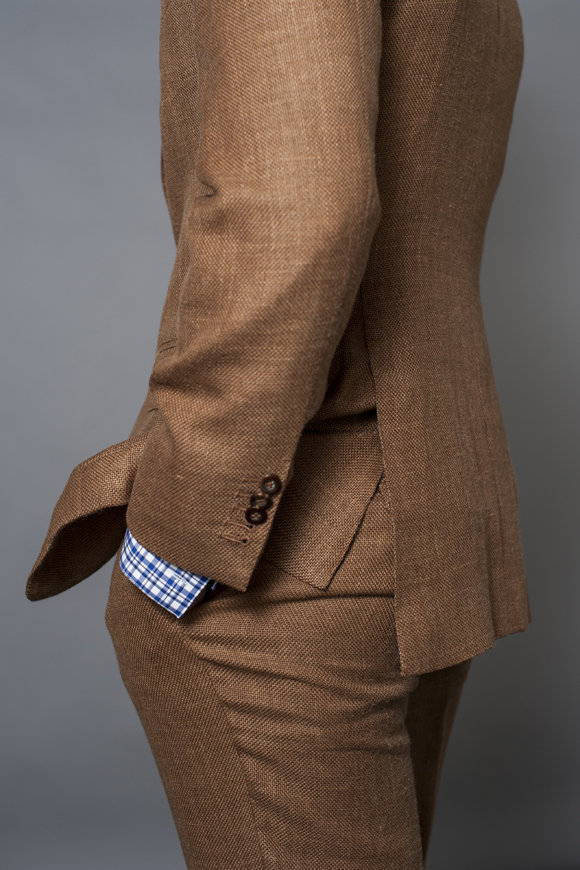 Speaking of horseback riding, “side vents” or “double vents” were designed to make it easier, and more elegant, for a man to mount and dismount his horse. Today they are the favored back-side of suit jackets for similar reasons. You don’t have to sit on the tail of your jacket, and the back panel remains cleanly draped when you have your hands in your trouser pockets.

“Surgeon’s Cuffs” or “functional sleeve buttonholes” were originally invented so that surgeon’s could literally perform surgery without having to remove their tailored jackets (how about that for dedication to staying presentable and professional!). They would unfasten all of the sleeve buttons, roll them up over the elbows, and get down to bloody business. More recently they were seen as the hallmark of a “bespoke suit” although today everybody, including fast fashion retailers, are using them…so all it does now is limit the amount by which you can lengthen or shorter the sleeves on a RTW jacket. 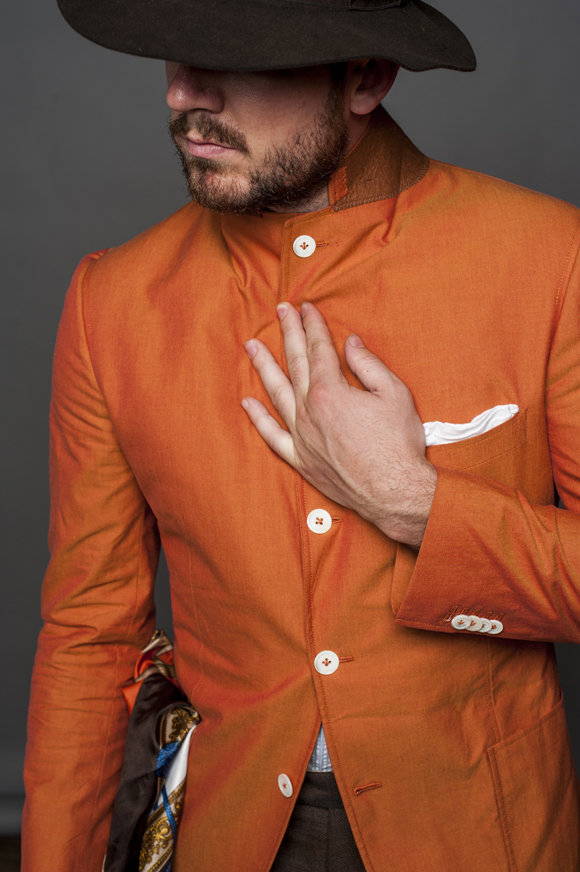 Many people believe the buttonhole on the left lapel originated as a boutonniere holder – which for many it did. However, earlier accounts signify that it’s original purpose was to fasten the front panels (with a button hidden on the underside of the right lapel) and provide further protection from the elements. 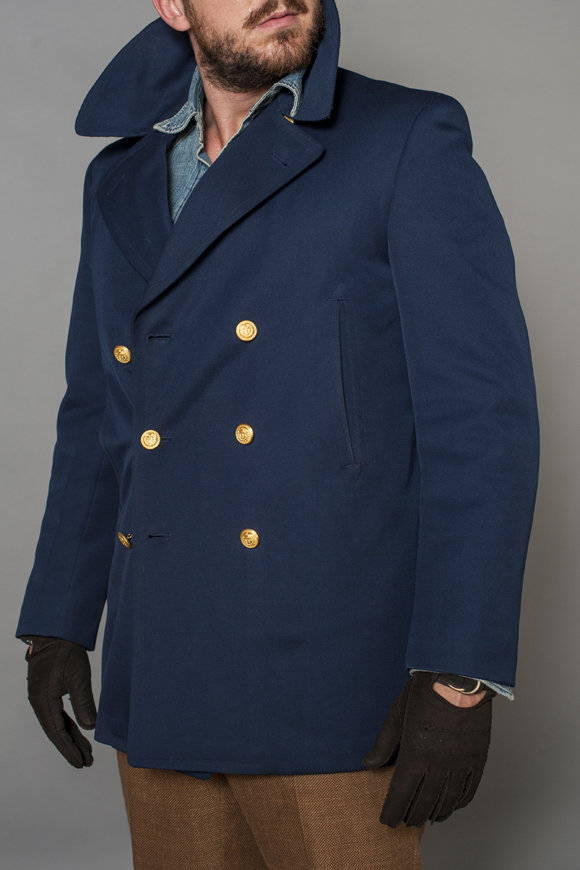 You know those weird pockets on your peacoat that are awkwardly high to reach? They are not for you. They are for the passenger behind you on your motorcycle, to keep their hands warm as they hang on for dear life. A carry-over from WWII.

There you have it. Want to learn something about menswear? Pick up a history book!