The factory, our NYC Shop, our photo studio, even in my home there are American flags hanging.

The flag is a point of pride for me.

At AOS we proudly make 100% of our products in America and design everything with an updated twist on traditional American style. 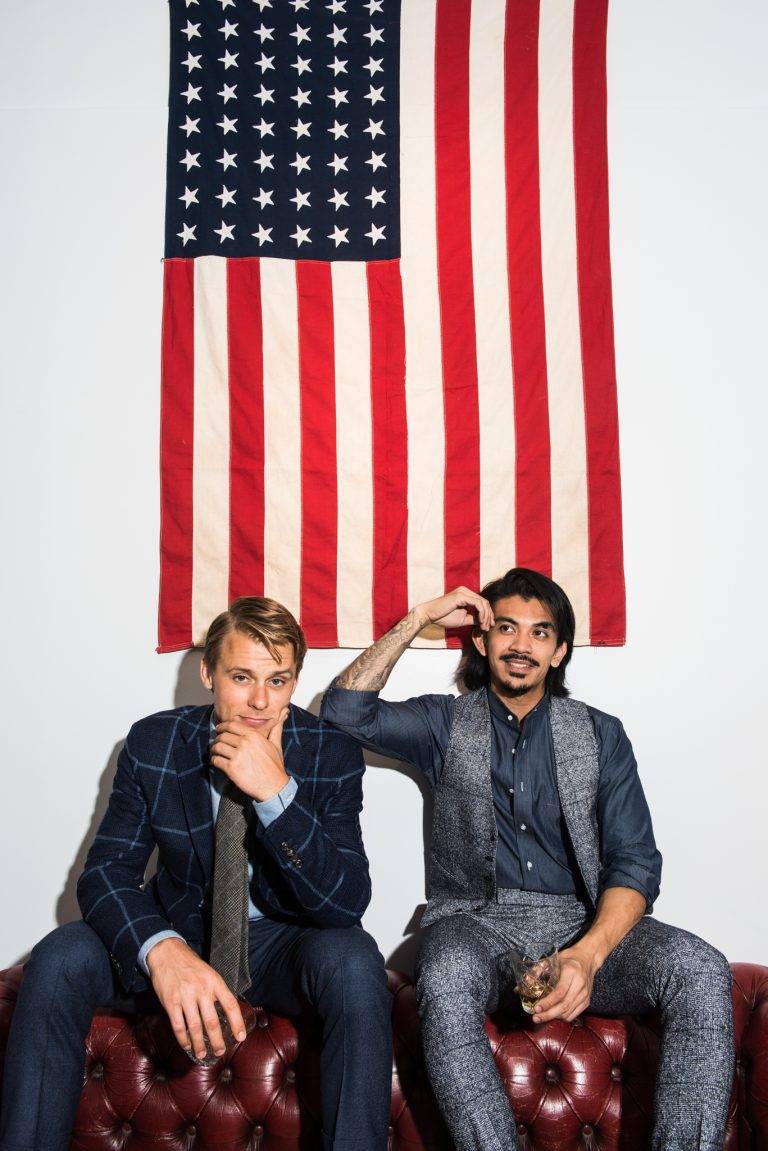 When I first hung the flag in our SoHo store, it sparked an interesting dialogue.

Due to the current political climate, we had some push-back on the idea of hanging an American flag in the middle of our store.

Friends of the brand were advising that it may not be a good idea.

Even though I understood where this advice was coming from, I got frustrated.

It's as if the American flag, all of a sudden, started to represent support of white nationalism, or Donald Trump's zany ideas, or extremist right wing politics, or racism, or immigration bans, or any of the other politically-divided "hot topics".

Being afraid to alienated some people by hanging the flag (which is meant to show unity...after all it is the United States) is a dangerous and cowardly way to think.

This is fear at work. And it's exactly what divisive politics is all about.

In my opinion, it’s more important now than ever to hang the flag with pride.

Racists, die hard Trump supporters, hardcore right wingers who want to ban immigrants...these people do not own the flag.

Nor do they represent the majority of America.

WE ARE HERE TOO!!

And we need to stop playing scared.

The whole thing is funny to me, really.

I'm not a democrat or a republican.

I have no voting right and I’ve struggled with visas and immigration my entire adult life.

From my experience, it is the immigrants that make this country great in the first place.

That’s because everyone in America, with the exception of the native population (whose treatment is a whole other horrific story) is an immigrant if you look back a few generations.

America is only 242 years old.

It has only grown and evolved so quickly because of hard-working immigrants who came here to contribute and chase the American dream.

I sometimes think about how different our perspectives would be if humans lived a thousand years, rather than a hundred, and had to experience the long-term consequences of their actions and decisions.

We wouldn’t be able to so easily forget the things that brought us to this place.

Both the good, and the bad, that is.

We must learn from both.

Perhaps because I grew up in Canada, with a diverse friend group, I have an “outside perspective” which allows me to still see the beauty in American ideals and “the dream” that draws people here from around the world.

To bring what they have to offer.

And to be thankful for the opportunity to build a better life for themselves and their families.

That’s what I’ve seen, from my lifetime of experience as an immigrant.

And so, a week after I proudly hung the flag in our new SoHo shop (and had a few debates on the subject) we had our grand opening party.

The party was a huge success, and a large number of influential people from all sides of the menswear community showed up.

Take a look at the picture below from that party: 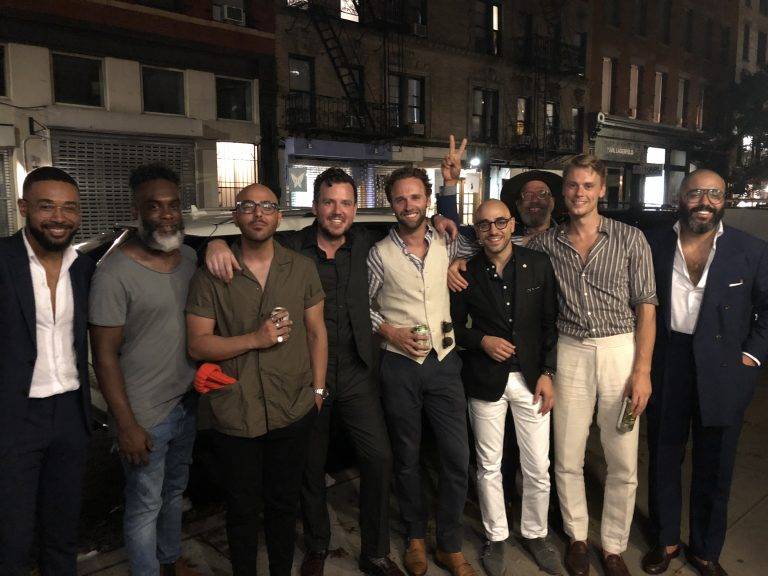 In this photo there are multiple skin tones, ethnicities, religions, and of course, personal styles.

What you can’t see in this photo are the ideals that bring us together.

Sure, we all share a passion for menswear, but even larger than that, we also share a goal to inspire other men to live with integrity, to take-on responsibility and to represent themselves and their families/ancestors with pride.

Menswear is not just about clothes.

We need to keep talking about men, just as much as we talk about menswear.

For only through communication – not through avoiding issues or hiding from controversy – can we get to a more united place. 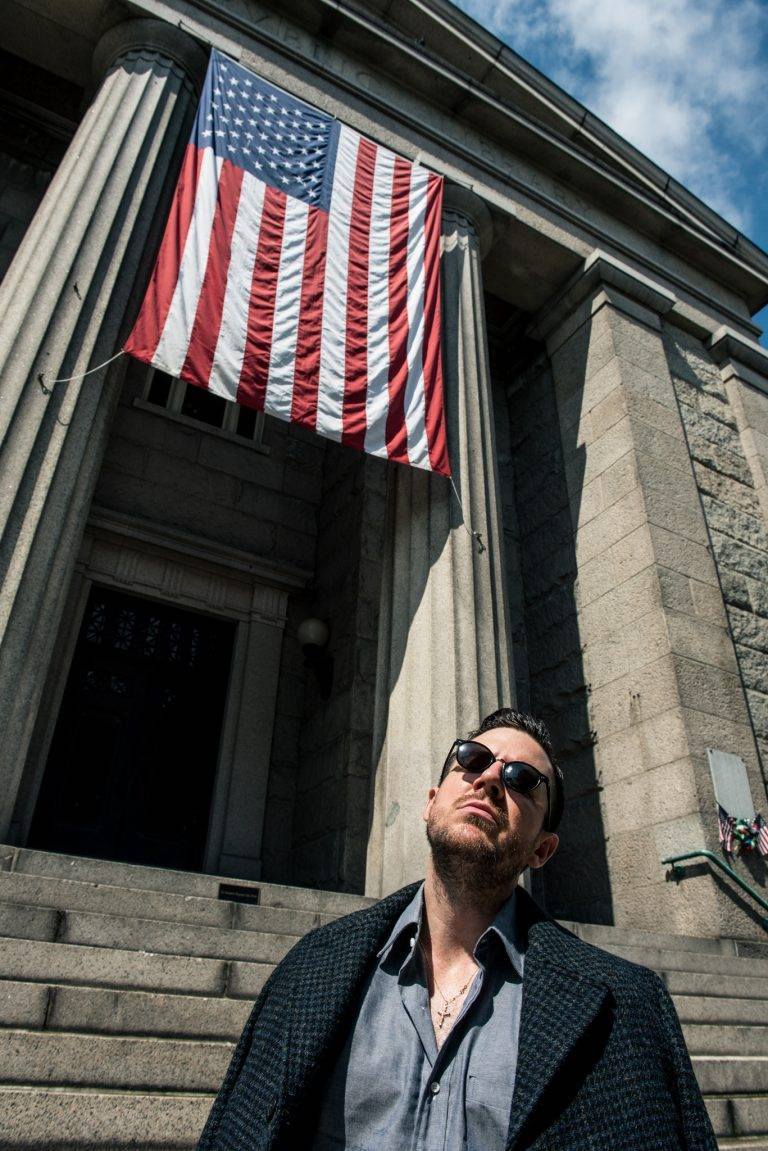